How Do Air Hockey Tables Work?

By Treasure Admin in Featured, Games

There seems to be an increasing appetite for retro arcade games at the moment. Whether it is a simple longing for more uncomplicated times or the simple joy of spending time with friends in the real world as opposed to online is a question that is best left to sociologists to answer. However, more and more people are turning to the joys of real-world physics and skills that are required by games such as billiards, bowling, and of course air hockey.

Air hockey, which had its heyday in the decade between 1962 and 1972 has now made a comeback, especially in the home market. This is a game that has it all. It requires lightning-fast reflexes and an ability to judge speed and distance – and all of that with a fair helping of strategy. But those who have picked up the paddle have often wondered – how do air hockey tables actually work? 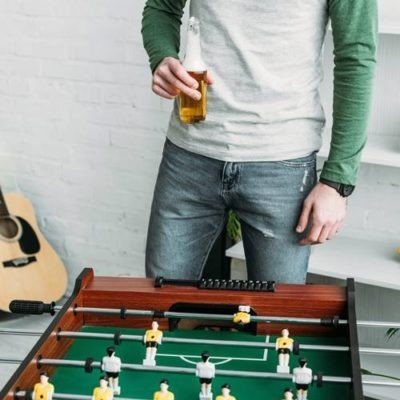 A top-quality air hockey table relies on a surface that is as slick as ice, even though the puck does not ideally touch that surface most of the time it must still be level and smooth. It is typically manufactured using plastic composite materials and features tiny, almost invisible holes which have been drilled in a symmetrical pattern. The table is bordered by high-impact railings or walls. The quality of these features is important because air hockey relies on players making bank shots in order to achieve dominance. Ensure you are cleaning your air hockey table properly and regularly to extend the life of the table and improve gameplay.

At each end of the table there is a slot that acts as the goal – think ice-bound hockey goals and you’ll have the right idea. Only – you’re the offense and the goalie at the same time. Built into the table are slot returns – one on either side of the table that returns the puck should a goal be scored.

That takes care of the external features of the table, but what is happening out of sight? Those aforementioned holes are there for a reason. Although the slick surface of the table would probably allow for a perfectly acceptable game of table hockey the designers of this particular game took enjoyment and fun to a whole new level. They did this by allowing a fan to blow air through those holes. The result is mesmerizing. A puck that hovers just above the surface of the table.

That air cushion serves to reduce friction to a point where it simply plays no part in limiting the speed of the puck. The result is a game that is fast and furious and awards those with lightning-fast reflexes and the ability to sense gaps in the opponent’s defense.

The key to all the fun is a fan located underneath the table. This is switched on once the game commences. In arcades, it usually comes to life when a token is inserted. Home versions of air hockey tables may differ- but the fan is usually activated with the simple push of a button. That fan then ‘pushes’ air through those tiny holes. The result is a cushion of air that keeps the puck airborne. 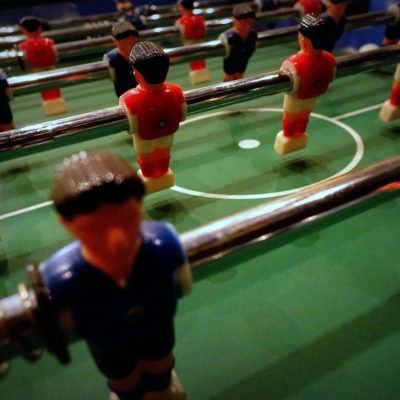 Not All Air Hockey Tables are Equal

It’s interesting to note that there are hockey tables that are designed for children that lack the tiny holes and where the fan is entirely absent. Those types of tables rely solely on the slick plastic composite material to provide the fun. However, that surface alone will not mimic the speed and of the true air hockey table.

There is another type of air hockey table that is rarer than the standard arcade model. In this model, the puck itself generates a cushion of air. However, many air hockey enthusiasts tend to shy away from the technology involved. the reason is simple. Air hockey generates immense G-forces and subsequent shock to the puck. The chances of it malfunctioning air are fairly high due to the punishment it receives.

For those who want to enjoy the fun that an air hockey table can provide at home, the golden rule should be to look out for those that have the seal of approval from two organizations – United States Air Hockey Association (USAA) and the Air Hockey Players Association (AHPA).

These two associations give their seal of approval to tables that conform to official regulations, including a length of 8 feet. If you are in the market for a table that meets all the prerequisites for tournament use then keep an eye out for tables like those manufactured by Brunswick or the 8-foot tables manufactured by the Dynamo Corporation. Although a regulation-sized table is required for tournaments, don’t let that hamper you into buying a table just for fun. Playing air hockey like the pros isn’t necessary if you’re just looking to have some fun with family and friends. Read about our picks for the best air hockey tables for home use if you’re interested.

Air hockey is an excellent game to play with friends or family. The game is fast-paced and relatively maintenance-free. But, if anything ever goes wrong with your personal air hockey table, it is good to know the basics of how it works. Overall, the mechanics of an air hockey table are straightforward and simple to understand. But, if you don’t have experience working on this kind of equipment, it could quickly get confusing. For best results, do plenty of research into your particular model before performing any repairs or contact a trained technician. 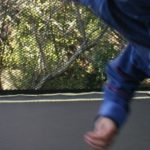 The Best Trampoline Skills for Beginners to Learn 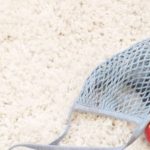 Benefits of Stationary Bikes for your Legs