Few brands are as well known as Honda when it comes to portable inverter generators. They do have the caveat of a higher price tag than most of the competition, but that price tag justifies a variety of additional features. If you’re a consumer who is genuinely interested in purchasing one of the best models on the market today, then the Honda EU2200IC is definitely worth your consideration.

If you’ve searched for a portable inverter generator during the past five years, then you’ve probably encountered the Honda EU2200I. For the most part, these two pieces of equipment are identical. The major difference between the two is that the EU2200IC (also known as the EU2200I Companion) comes with a built-in carbon monoxide monitoring system.

Customers who value their safety will see this as a great safety addition to an already great generator. There’s very little reason to invest in the standard EU200I model without the carbon monoxide detection system. The price is only slightly higher than the standard model and the added safety feature could easily save lives.

Considering the brand, it is reasonable to expect some impressive specs. And Honda does manage to deliver. This is not the biggest, most powerful generator on the market, but it is well-built, durable, lightweight, and surprisingly quiet. It’s perfectly capable of powering all of the appliances you’ll need to survive a power outage or a night camping in the woods.

In terms of power, the EU2200IC has a running wattage of 1800 watts. And if you have a demanding appliance that requires a higher starting wattage you can pull as many as 2200 watts from the inverter when needed. This should be more than enough to power refrigerators, heaters, microwaves, toasters, and most other appliances we use on a day-to-day basis.

Honda seems to have valued efficiency as well as power with this model and has struck an impressive balance. The fuel tank is fairly small, but when operating on an average load of 25 percent it will burn roughly 0.12 gallons an hour. That ensures a run time of around 8 hours, though that can vary depending on the load. When pushed to the maximum power output that run time will be cut down to 2 hours.

In the past, generators often suffered from stale fuel malfunctions that occurred after fuel remained stuck in the carburetor for prolonged periods. The Honda EU2200IC includes a fuel shut-off valve to help remedy this issue. By switching the valve to the “fuel off” position, the generator will continue to run until it burns through the fuel of the carburetor, thus reducing the risk of stale fuel and its associated problems. 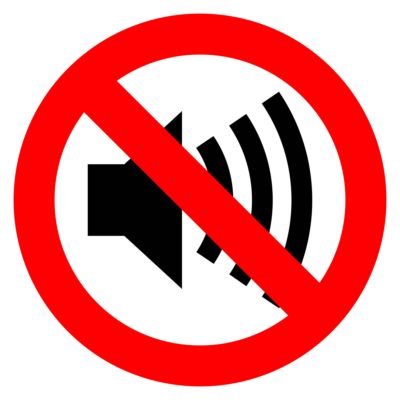 Every inverter generator has its niche. If you’re looking for large, powerful generators that can survive full winter storms, then this may not be the right investment. Instead, the Honda EU2200IC is built with portability and noise control in mind. It is designed specifically for people who plan to take the generator on the go whether it’s a short trip for the weekend or a trip around the country in the RV.

This particular model is barely more than 12 inches and weighs 47 pounds. That’s small and lightweight enough to carry to its final destination without requiring a break along the way. That makes this an excellent choice if you’d like to bring a power source with you when hiking to a secluded camping destination. It also means it won’t add significantly to the weight or fuel requirements of an RV.

Perhaps more impressive than the compact footprint is the noise output of the EU2200IC. Noise levels range between 48 and 57 dB. In comparison, a vacuum cleaner run inside the house has an average noise level of 70dB. Many inverter generators produce noise ranging between 68 dB and 74 dB. Many brands market 62 dB generators as “ultra-quiet” models. The EU2200IC surpasses the competition in this regard.

As mentioned, this model has a few interesting features that make it a worthy investment. One of those features is the option to run two models in parallel. This can be achieved with the EU200IC and another model of the same type as well as a standard EU2200I and the older EU2000I. Parallel functionality is becoming more common in portable generators like these, but it doesn’t make the feature any less impressive.

The parallel functionality is actually a great reason to invest in the EU2200IC even if you already own the standard EU2200I. The standard model comes equipped with a 20 amp maximum outlet while the EU2200IC features a 30A outlet. Combining these two models is a great option if you’re interested in a more permanent power solution for your RV. The two models combined can support a power output as high as 4400 watts.

Most other features should be expected with a model that costs this much. Even so, they still help make this a useful and reliable generator. Here are a few of the additional features that are worth mentioning:

– Oil alert function that shuts down the engine when oil levels are low.

– Automatic decompressor makes it much easier than normal to start the engine.

– Eco-Throttle adjusts power consumption based on the overall load on the generator.

– The internal Honda GXR120 engine is an upgrade over the older GX100 engine.

Is The Honda EU2200IC Worth The Cost?

The biggest complaint a person could have for the EU2200IC is the price tag (check price at Amazon). It is considered an expensive model; especially when compared to other small, lightweight generators on the market. If you’re shopping on a strict budget, then you may be able to find a more affordable short-term solution. But for those who are interested in making a long-term investment in a camping or RV generator, then this is a great option. It’s compact, lightweight, and surprisingly powerful for its size. And if you need more than it can output you can simply hook it up in parallel with a second model and your problems will be solved. 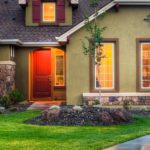 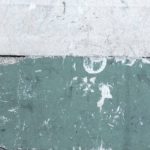 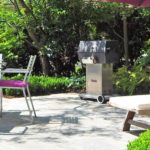